I am going to disclose you to a fraud who cheats investors of their money by giving them impression that he is well connected, in actual he is a nothing, not even educated, he has learnt some big words and use them, tells himself as finance expert but in real its all his trap to convince people, in my this read I am going to give my story with him and logical proof in which you will be able to convince yourself.

1. He is jugglar of funds for showing fake turnover.

2. His companies are defaulted.

3. he is director in around 18 companies

4. He has loan on everything thing, even his car also, banks are after him and he badly needs money.

5. There is an active case on him from govt department of Taxes and many fraud charges.

6. He has duped other investors also in past and they have done multiple cases on him (this information we got from our references)

I Got a mail and followed up on call by some lady that I agreed in principal to invest in his project, I gave her signals that I am not interested and they followed up with me multiple times but i never shown interest.

I met a gentle man who said, Rajesh shukla from Montage is real a**hole who duped him by taking advance money in the name of giving him investment for his real estate project and latter said your papers are not right and this is the money I am taking for doing effort on your project.

He has duped many people, if you feel you have also been cheated or luckily you got saved, then do write about this sick freeloader on blogs, lets make mumbai free from these fools who cheat hard earned money. I pity his employees.

And I request all to read about people and do some background check before you associate with anyone, shortcuts are really not the way you make millions, you have earn it. Right people will always be ready with fact and figures. You have to rely on professionals for verification, it costs a little but you save a lot of pain. 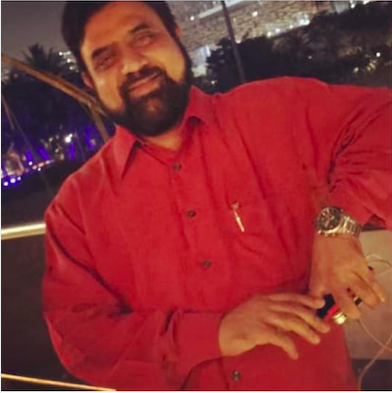 In Red shirt its his new face for bluffing more people.

FRAUD  | BALD THUG  | CHOR
RAJESH SHUKLA MONTAGE – 9987227667 cmd@montagecapitalmarkets.net rajesh.shukla@me.com
What He is :-
He gives free bluff speeches all the time and there will be always new things coming up without any logic from the shithole mouth of Mr Rajesh Shukla Montage, he says to everyone that I am investor, investment banker, venture capital and what not. The reality is that he doesn’t have money to pay anyone on time. He spent all his business money on expensive whiskey and girls.
You will never get your clear job role and the offer letter comes in ages with unclear KRAs and they will never appoint you anything to work which is in your job role They have a lot of fake shell companies some of which are:

Mr Rajesh Shukla (fraud and liar) CMD will tell you daily new story to work for and there will be no clarity. Salary never comes on time. Even if it is paid, they will give you a part of it after repeated requests. The company is broke, defaulted and all sorts of doomed things happen here in his B45 Defence colony office. It is totally like his Ayyashi ka Adda. He just sits in half chaddha with holes in them, eats food, drinks whiskey and enjoys with girls. Don’t know much about Mumbai office much but  the employees there told Mr. Shukla is broke and never pays anyone on time there too.

Rajesh Shukla who proclaims himself to be ex McKinsey Asia head and passed out from LSE London, without any shame tells lies that he knows PM Narendra Modi and Amit Shah very well and he is doing all BJP strategy work as per their instruction. All is fake in this company (its fraud).

He perfectly fools people and makes them believe that these are government supported projects and asks for funding in the same. The truth is that these all are carefully drafted plans for cheating innocent people especially HNIs produced by his evil mind. He has the supernatural power of looking into your eyes and speaking lies and bluff non-stop shamelessly.

He gives news paper ads in Mumbai and hire people in bulk and makes them work for 2 month for free and never gives them salary, in the name of salary u get hollow bla bla that your performance is not good.

They sell only lies and imaginary products. Its a blemish on your career if you even meet him.

P.S.: This LSE grad is having tight hands on his English, he cant even speak one sentence in proper English. In fact, he could not even pass high school and does not have any degree. Again, all lies and bluffing.
What his company should do to him?
Since Mr Rajesh Shukla can’t stop telling lies and doing fraud business, he should better be fired by board member (if any exists).